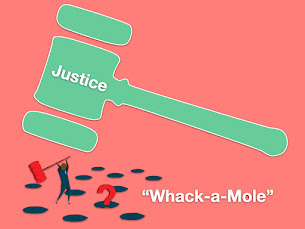 Behind much of the radicalism and turmoil today is a yearning and cry for justice — cosmic justice.  Biblically speaking, when God created the universe, He described it as “good” and when He had created humans “in His own image,” the description was “very good” (Genesis 1:1-31).  If we understand biblical wisdom we would know that God is perfect in righteousness, wisdom, knowledge, etc.  So, for Him to say that His creation was “very good” it meant “VERY GOOD.”

Any observer of the current condition of reality knows that, while there are glimpses of the original goodness of the creation, its present condition is not good (whether due to pollution, climate change, floods, deadly earthquakes, tsunamis, destructive volcanos, supernovas, gamma ray bursts, etc.).  Truly, something has gone wrong in the cosmos.

The present condition of mankind is deplorable in many ways: totalitarianism, crony capitalism, crony socialism, anarchy, war, ethnic conflict, etc.  Other manifestations of our atrocious condition are seen in various types of “us-isms,” where “us” becomes the standard of judgment for “them” — rendering “them” as inferior — not being able to be “us” as well as we can be “us.”  This is seen in tribalism, racism, classism, culture-ism, and the caste system — to name a few.

When we make ourselves the standard of judgment, we reduce evil to aspects we perceive do not condemn us and we get into trouble. When we exclude ourselves from the full scope of sinfulness, we make ourselves the standard for a twisted piety.  Individually, this is “me-ism,” collectively, another form of “us-ism.” In the resulting self-righteousness our evil runs rampant under the illusion of non-evil. Truly, something has gone wrong with humanity.

The only solution to this unfortunate situation is to execute cosmic judgment and to implement cosmic justice — cosmic judgment to avenge every evil and cosmic justice to correct every wrong.  In order to make everything right, one must know all there is to know about the wrongness of everything.  That takes infinite (unlimited) knowledge and our knowledge is finite (limited) at best.  Only God is infinite.

Humans can never know “all things” in either direction.  We are not omniscient.  We are:

When finite beings try to usurp the authority of the Infinite Personal Creator, the finite beings will be crushed by the weight of the task.  This is what happened in the Garden of Eden.

Humans rejected God’s character as the standard for determining good and evil and tried to replace it with human opinion.  This was nothing short of “cosmic treason,” deserving cosmic judgment.  By this treason humans and the whole cosmos were plunged into abnormality.  We all repeat this treasonous behavior constantly.  Determining good and evil can only be done by God who is perfect in righteousness and infinite in knowledge.

It is not sinful to want to see evil avenged.  This is because, in spite of our deplorable condition, we are still in the image of God and God is a God of vengeance — one of His many attributes.  However, trying to take revenge into our own hands is counter-productive.  By taking our own revenge on others for their wrongs against us, we provoke others to take revenge on us for our wrongs against them — provoking another round of revenge and counter revenge and so on....  This cycle of finite revenge will eventually engulf mankind into a never-ending conflagration of escalating violence and destruction.  God says, “Vengeance is mine, I will repay” (Deuteronomy 32:35). Clearly, God will not let wrongdoing go un-avenged. God’s vengeance is an application of cosmic judgment.

I sympathize with today’s radicals and activists who yearn for true “social justice” — who want to see all evildoing avenged and all wrongs made right.  However, because of the abnormal condition of the current reality and our finite limitations, if we neutralize one evil, another will take its place.  The replacement evil will often be as bad or worse than the one it replaced.

Evil is a cancer.  If left untreated it will metastasize — spreading to the whole body causing a painful death.  If only part of the cancerous tissue is removed, the remaining cancer will recover and eventually metastasize with fatal results.  To stop cancer in the body it must be totally eliminated.  Likewise, if all evil is not eliminated, it will continue to metastasize — ultimately nullifying all human attempts to implement true social justice.

To accomplish the true “social justice” so many yearn for requires the application of cosmic justice. However, the best humans can do is temporal justice. This shortcoming leaves us with two vexing choices. First, apart from cosmic justice, our attempts to stamp out the evils we hate such as racism and injustice will fail because these evils will adapt, morph and survive in other forms and iterations. This will condemn us to the futility of never-ending temporal social justice "Whack-a-Mole" because evildoing will never be eradicated. Second, with cosmic justice, cosmic judgment will be our demise as divine vengeance will be inflicted on all of us because we are all guilty of wrongdoing — even “wrongdoing” according to our own limited version of it.

God alone is infinite and perfect. He alone is able to implement cosmic justice, and He has promised that He will. When we grow weary of temporal social justice "Whack-a-Mole," remember, cosmic justice is coming. If we yearn for cosmic justice, our yearning will be fulfilled. But the tragedy is, we will experience the horror of divine revenge because we all have failed to live up to our own humanity (Romans 3:23). God has shown us patience but it is dangerous to take it for granted.

The only way we will experience the permanent benefits of cosmic justice is for cosmic judgment to be satisfied in our cases. And this has been accomplished through the atonement furnished by Christ.

He lived His life in perfect righteousness, yet in His death He exhausted all the revenge of God’s cosmic judgment (II Corinthians 5:21). In His resurrection He has established His Kingdom marked by cosmic justice. This is available to all who are in Him and with His wisdom we will be able to distinguish between true social justice and false social justice in our present reality.

There is no other offer in the world that comes close to matching this one.
Rest

By taking God up on His generous offer, we can have the freedom to recognize evil in all its manifestations — various forms of [“us”] supremacy, marginalization, oppression, etc. We can pursue true social justice without the heavy burden of self-righteousness. Only God is righteous.

By taking God up on His generous offer, we will be transformed and eventually made perfect. Until that day, God will relate to us as if we are already perfect because He will give us credit for the perfect righteousness of Christ and credit for Christ having exhausted the cosmic judgment we deserve (Romans 8:1-4).

In today’s unjust reality, remember that in the economy of God, every wrong will be made right, every injustice will be avenged, every inequality will be eliminated, every inequity will be obviated and all oppressed will be truly liberated. And we will live to see this. God has guaranteed it.

Meanwhile, for all who are fatigued by the arduous battle for justice, refreshment and wisdom from God are available for the asking. Jesus said: “Come to me, all you who are weary and burdened, and I will give you rest. Take my yoke upon you and learn from me, for I am gentle and humble in heart, and you will find rest for your souls. For my yoke is easy and my burden is light” (Matthew 11:28-30).
Carl F. Ellis, Jr. at 8:43 PM
Share