Children of ‘Mama Nem’ and the Pharaoh Who Knew Them Not

When the children of Israel arrived in Egypt, they rode in on Joseph’s political coattails.  His God-given skills of dream interpretation (oneiromancy) had saved Egypt from a global disaster and increased Pharaoh’s power and prestige; as far as Pharaoh was concerned, any friend of Joseph’s was a friend of his.  Politically well-connected with their own “man inside,” the children of Israel soon made a fundamental blunder: they put all their eggs into the basket of the existing Pharaonic administration. 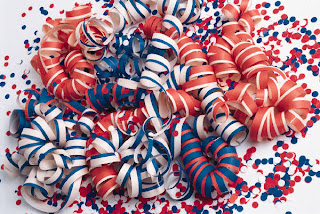 Once the campaigning was over, with convention confetti littering the floors amidst deflated hopes and balloons, “a new Pharaoh came to the throne who knew not Joseph,” and a bitter lesson was learned.

It seems that we, the children of ‘Mama nem’ (African Americans), have not learned this lesson.   In the last few decades, African Americans have overwhelmingly supported Democratic candidates to such an extent that our vote has become a foregone conclusion.  We are dangerously close to being taken for granted by Democrats and being written off by Republicans; this is a recipe for marginalization.


The words of Malcolm X haunt us from 1964: “…when White people are evenly divided, and Black people have a bloc of votes of their own, it is left up to them to determine who's going to sit in the White House and who's going to be in the dog house.”

That being said, we must reorient our thinking.  It is an advantage to have advocates in the government, regardless of which “Pharaoh” is on the throne.  Conversely, it is to our detriment to disregard African Americans who serve in Republican administrations. Though the other side may not share the Democrats’ convictions, coalitions may still be encouraged while avoiding alliances.  The voices of Stokely Carmichael and Charles Hamilton ring true after forty-five years:

“Viable coalitions therefore stem from four preconditions: (a) the recognition by the parties involved of their respective self-interests; (b) the mutual belief that each party stands to benefit in terms of that self-interest from allying with the other or others; (c) the acceptance of the fact that each party has its own independent base of power and does not depend for ultimate decision-making on a force outside itself; and (d) the realization that the coalition deals with specific and identifiable — as opposed to general and vague — goals.”

As an independent voter, I am disturbed that many regard Black Republicans as “traitors” or “oreos,” assuming that their convictions align with the most extreme of those they represent.  It seems we’ve been blinded to the gradations involved in the sweep from liberal to conservative.  Drawing people in Manichean terms and avoiding dialogue with them has significantly contributed to the stagnation and inefficiency of our current Congress.  With this attitude, we would have to ignore the contributions of Dr. Martin Luther King, Jr.*, Fredrick Douglass, Harriet Tubman, A. Phillip Randolph and Carter G. Woodson (the father of Black history and Black History month), all Republicans.

I will grant that both the Republican and Democratic parties have shifted in intention and focus throughout history; the Republicans are no longer the party of Lincoln, and Malcolm X has reminded us that Southern Democrats were mostly “Dixiecrats.”  Yet we must acknowledge that though one might subscribe to a political philosophy with which we disagree, this does not mean the opposition is unable to be won over to our concerns, or that they do not share our concerns at all.  If history gives politics a permeable boundary that allows for shifts and ideological nuances, then history’s citizens should allow for the same.

If we are going to seriously address our core concerns, then we must move beyond ad hominem attacks, straw man arguments, and bumper sticker rhetoric in order to gain a more civil discourse.  We must also learn that disagreements in philosophy do not always lead to the type of oppression that necessitated the Civil Rights Movement of the sixties.

It is time to rethink our political strategies and critically examine the underlying principles that drive them.  Good values should always trump party affiliation in our voting decisions.  This may even lead to coalitions with liberals on some fronts, and with conservatives on others.

I teach my students that it is more efficacious in the long run to win the person rather than the argument.  In his biography, musician and global philanthropist Bono recounts a poignant moment with Harry Belafonte as he was reflecting on how the Civil Rights Movement gained momentum.  Belafonte reported that civil rights were not even remotely on the Kennedy administration’s agenda.  Reverend King convened a meeting of his top advisers to discuss reaching the Kennedy administration through Attorney General Bobby Kennedy.  After they had thoroughly excoriated Bobby Kennedy and the JFK administration, King adjourned the meeting until someone found “something redeeming about Bobby Kennedy.”

They reconvened after realizing that a coalition could be forged with RFK’s bishop, and befriended him as a “gateway to RFK’s soul.”  Belafonte reflects emotionally that by the time Bobby Kennedy was assassinated, the Civil Rights Movement had no greater friend.  Clearly, Bono learned King’s valuable strategy as he reached out to the Bush administration for his global work among AIDS sufferers in Africa.  Mr.Belafonte, sadly, seems to have forgotten the lesson. 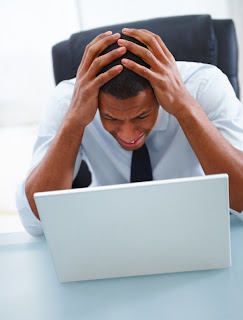 Given the broad range of core concerns that could be held by a single person, or within an entire political party, to question someone’s ontological Blackness and reject them simply on the basis of their political affiliation is lazy humanity.  Partisanship, in and of itself is not inherently evil.  What is unfortunate is the loss of a nation’s core values in the midst of destructive rhetoric for the sake of one-upmanship.

Should a new Pharoah ascend to America’s throne, let us be found already willing to dialogue – lest the children of 'Mama Nem' in America find themselves in the same predicament as the children of Israel in Egypt.

* Note: Dr. King's affiliation with the Republican party, while disputed, has not - to my knowledge - been refuted. 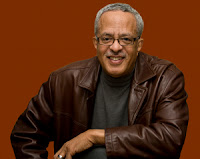